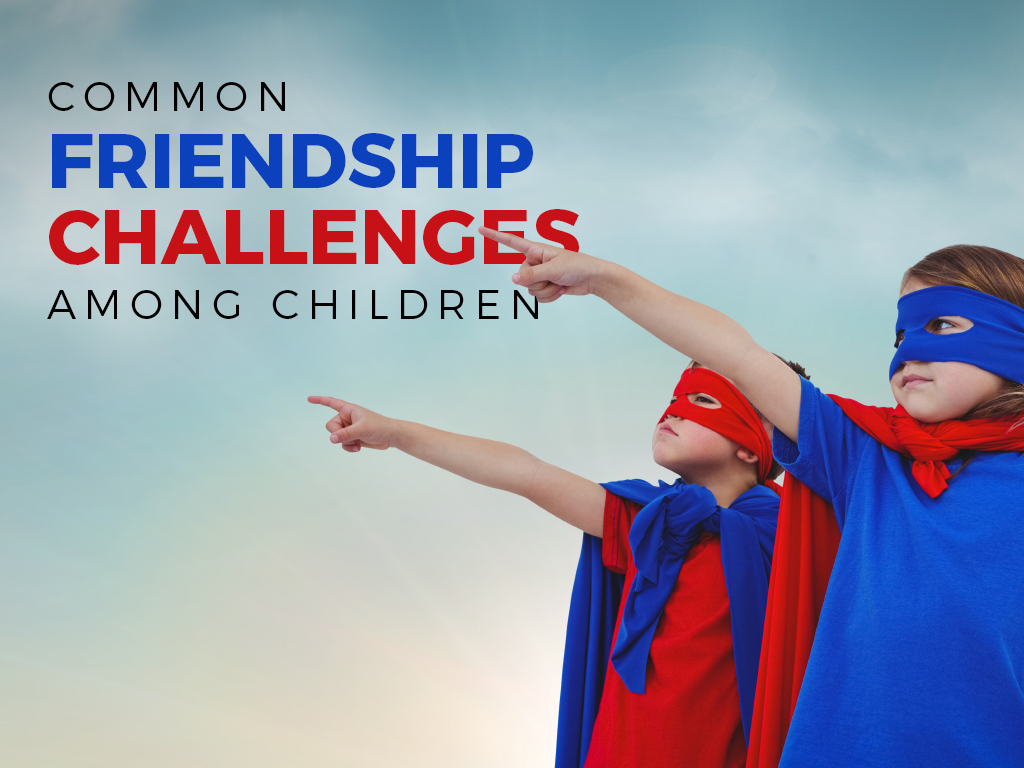 As children grow up over the years, they would meet numerous people, which include members of the family, teachers, and most of all, friends. Friendship is one of the most wonderful experiences that they can have. Having someone they can trust and rely on other than family would help them go a long way in life. Given that fact, being in an international school in Manila gives them numerous opportunities to find friends of various cultures and nationalities.

It is important to note, however, that challenges and obstacles in friendships are inevitable at times. As a parent, it is significant to guide your children through these problems. To help you out, here are some examples of conflicts and how to resolve them:

Having Different Hobbies and Interests

One of the main reasons why friendships are made is mostly because your children share similar interests with certain peers. However, there are times when they might also find it difficult to form friendships due to having some difficulties such as shyness, as well as not being able to relate to their classmates. For example, some of your children’s classmates are interested in playing sports or video games, while your children are interested in playing musical instruments.

Feeling out of place could negatively affect the mental state and concentration of your children. But by following these tips, you can help them understand that having different interests and hobbies from their classmates is not necessarily a bad thing. They can still form friendships with each other, despite their differences.

Friendships are usually formed by willingly reaching out and initially introducing yourself to the other people. This is also the case for friendships to form among children. Essentially, having them meet new people can boost their confidence as well as their social and communication skills. However, it could be a problem when your children are too shy and anxious to approach new people.

There are many reasons why your children could be acting this way. However, the most possible cause of this is because they are afraid of getting a negative response from the person/people they want to talk to. Also, shy children tend to avoid getting attention to themselves.

Fortunately, you – their parent – can reassure them that these kinds of interactions with new people are common. Talk and explain to them that receiving negative impressions is sometimes unavoidable. As much as possible, don’t let them linger on these feelings and show them how to handle it properly.

To help them out, you can have your children observe other people so they can see how they greet and introduce each other. Through this, you can demonstrate to them that these kinds of interactions are part of daily life. You can also have your children practice and rehearse, so that they would be able to improve their communications skills.

Standing Up for Themselves

There may be times wherein your children might want to say something and speak up to their friends, but may be hesitant to do so. This kind of situation is very similar to being shy; they are worried about the possible negative reaction that their friends might tell them.

Another emotion that may arise from your children is assertiveness. This kind of emotion may clearly result in them being distant to their friends because of certain differences – may it be with their attitudes or opinions. When this happens, there is a possibility that your children’s friends or your children, themselves, may find it difficult to voice out their opinions.

For these reasons, it is truly important to tell them that there are positive and negative effects of being too assertive as well as not being able to speak up for themselves. Sharing one’s feelings and thoughts is a challenge, but your children should know that there Additionally, you should also tell them that they, too, should listen to their friends when it is their time to speak up. This will ultimately ensure that the true understanding between them will be present in their friendship, which in turn, will make their bond stronger.

One of the biggest hurdles in a friendship is when conflicts begin to arise. The simplest and most trivial reasons, which may result in a fight, could break friendships. Your children could get into a fight with their friends because they had a disagreement that may have happened during the heat of the moment. Essentially, this incident could sever the bond between them.

Additionally, it will also be best to tell them the significance of apologizing to their friends, most especially when they have hurt their friends’ feelings.

Friendship is valuable and should be cherished for a very long time, which is why learning how to resolve conflicts and overcoming challenges can help strengthen that bond. By teaching your children these, you are ensured that they would be able to form strong friendships that bolster trust and understanding.