What to Do When Your Child Starts Lying 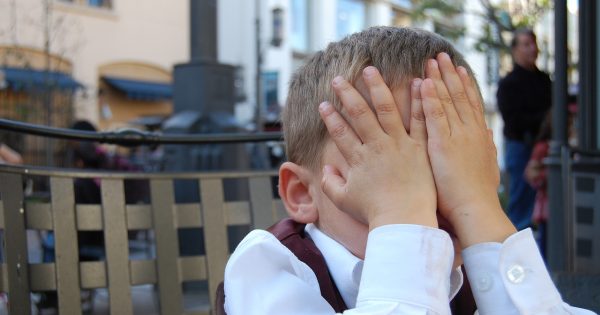 There will inevitably come a time when your child will begin to tell small lies to evade the consequences of their actions. While they may see it as a harmless way to get out of trouble, in truth, it could turn into a bad habit that could become problematic further on in life.

That said, this is a behavior that should be stopped as early as possible. Here are some tips on how you can do so:

Find out why they lie

While the thought that your child would lie to you may be frustrating or painful, resist the urge to react instantly. Avoid scolding them either – kids may tune that out. Instead, you could opt to look at the situation objectively.

Children below the age of 4 or 5 could not truly grasp the concept of lying yet, so punishing them for it may not be the best thing to do. Instead, you could talk to them about their little fib; gently ask them about the truth without being accusatory as to keep them from becoming defensive.

For example, if you find your child lying about having cleaned their room – while their toys are still strewn all over the place – resolve it by simply stating what you see. You could remark that: “Your toys are still not in their proper places.” This way, you address the issue itself and not the fact that your child lied to you. Doing so will open up the opportunity for your child to explain himself while reminding him of the very clear fact that he has not cleaned his room – something he can no longer dispute and thus, will address.

Stop them from repeating the offense

There are many reasons as to why a child would lie, but rarely would they do it often with a clear conscience. No one wants to be a liar, after all. However, should you find your child doing it again, interrupt him, and then ask him to repeat himself without adding anything they do not believe to be real. This may be done especially for kids who tend to be impulsive talkers.

The same can be done for older kids and teens, though if they continue to lie, then disciplinary measures may have to be taken. However, be sure to make it clear that there are consequences because of the negative action they have committed. Make lying a technical issue as opposed to a moral one, in the same way that policemen arrest those who break the law. If you break the rules, there’s a consequence – simple as that.

Show them the value of honesty

As the old saying goes, “honesty is the best policy.” Show your child why by that is by using concrete illustrations; stories such as “The Emperor’s New Clothes”, “The Boy Who Cried Wolf”, and “The Tale of the Bronze Axe, the Silver Axe, and the Gold Axe” are great examples of short fictional anecdotes that exemplify both the consequences of lying and the rewards of honesty. It sure beats just telling them that “lying is bad”.

Never forget to show your child that you support him every time he tells the truth. In fact, do so even when he admits to doing something you may disapprove of; make it clear that you are commending him for being able to talk about something sensitive instead of lying about it.

All children will inevitably lie one way or another, but do not fret – there are many ways to stop it from turning into a chronic problem. As long as you never let your child easily get away with it as well as discourage them every time they do it, then he will likely drop the habit completely quickly.