Signs That Your Teen Is Happy 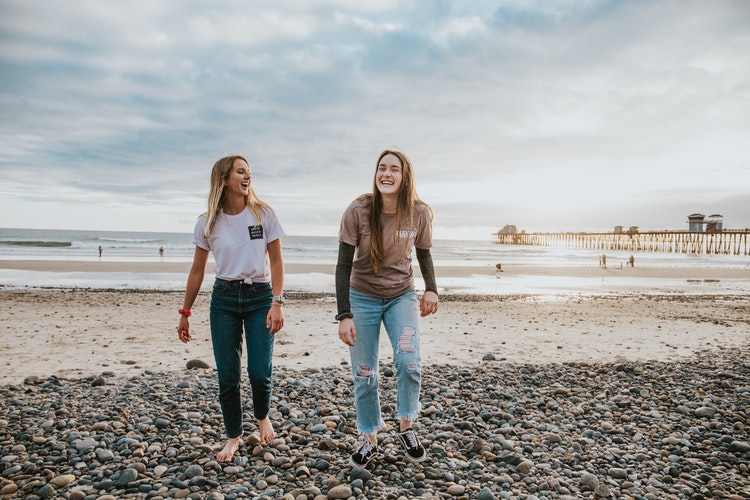 Most parents can attest that when children start to hit their teenage years, they could start distancing themselves regardless of whether or not they study at an international school in the Philippines. However, this does not necessarily mean that they love or care for you less. This could signify that they want more independence.

As their parents, the changes in their behavior may cause you to worry. You might even begin to wonder if they are happy.

Fortunately, there are signs you can look out for to see if your teens are happy individuals. Let’s discuss them one by one.

Important daily functions include activities such as eating, bathing, getting dressed, and sleeping. If your teens can do this without trouble – as in without making a fuss or without being forced to – then it’s a good sign that they’re doing fine.

Sleep is especially important because there have been studies that show its correlation with happiness. According to the findings, those who get enough sleep every night, stand to become happier individuals than those who don’t, so make sure your teens aren’t staying up too late.

Teenagers, who have strong and stable relationships with others, are sure to be on the good side of life because it could mean that they have confidence in themselves. This self-confidence is nourished by the love and support that they receive from their family and friends, which ultimately pushes them to interact with people without ever being afraid of getting judged or rejected.

Take note, though, that it’s not about the number of relationships but their quality. It is possible for teenagers to have a handful of connections but could still be without one that will affect them positively.

Can Pick Themselves Up

At some point or another, your teenagers will make mistakes either deliberately or unintentionally. The way they react to these moments actually tells a lot about how they feel.

If they continue to beat themselves up over it, then they may be facing some issues such as fear of failing. On the other hand, if they can stand back up and correct themselves after, then you know that they’re in a great place where they don’t dwell much on the past and instead strive towards a better future – a sure sign of a happy teenager.

Thinks of the Future

Teenagers, who think and look forward to the future, are sure to be happy individuals. However, this does not mean that they should have it all planned out. They don’t need a step-by-step plan to prove their happiness. A simple dream or aspiration that shows they’re excited for their future and what it may bring is a good enough sign.

With thoughts about a great and prosperous future, teens are also less likely to engage in risky behavior that may jeopardize their goals. Instead, they’d be more inclined to perform activities that will contribute to their emotional, physical, and/or academic growth.

The Internet has brought society a lot of beautiful things. It has allowed us to connect with people regardless of physical distance and gave us access to valuable information. However, it has become a place for people – teenagers especially – to escape from reality. Although they really do need to take a break every once and a while, it isn’t healthy to go about their whole life so heavily invested on the Internet.

Teens, who are content and happy with their life, are more likely to be present in the real world – hanging out with friends and spending quality time with family. They don’t waste away their days in front of computers or other electronic devices.

Teenagers, whether or not they study at an international school in the Philippines, could be difficult to read. They conceal their feelings so well that you might not know if they are happy. Thankfully, some of their actions speak for themselves.

If you see your teens acting according to the signs written here, then you can be assured that they are happy and that you’re doing a wonderful job as their parent!